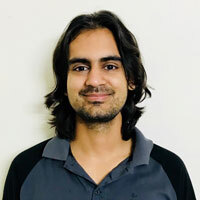 How to make API calls in Ionic Capacitor Apps

And how to avoid CORS issues

In this post, we will learn how to make REST API calls from an Ionic Capacitor app. This might sound very trivial feature but it actually becomes confusing because of a lot of options available and even becomes an issue because of origin restrictions and CORS issues.

We will explore various options to do these API calls in Ionic (Capacitor) apps, and test the same in Web, Android and iOS apps. Although I’m using a Capacitor app for demo, the solutions are applicable on Cordova as well.

All the options we explore in this post are equally applicable to any of the front-end framework, be it Vanilla JS, Angular, React or Vue. For demo purpose we will use Angular front-end here.

Also, for build environment we will stick to Capacitor. But we’ll see that Capacitor can use Cordova plugins as well.

Before we explore the options to do http API calls, we need to understand why different options exist and how they are different.

When we make REST API calls to a server, we often encounter CORS (Cross-Origin Resource Sharing) issues. This happens because our REST API calls contain the information of the request’s origin. E.g. If we are making the call from ionic serve , the origin will be http://localhost:8100 or similar. The server receiving the request decides whether it will allow an API call from this origin or not. More info in Ionic’s documentation.

Case 1 — If you have your own server, OR the server has no origin restriction

Life’s good then. If you have your own server where your API calls are ‘hitting’, you can make changes to allow these origins in the requests and problem solved. This can almost exclusively happen only if you are deploying the front-end and back-end yourself.

If the server is not in your control, AND the server has no origin restriction, your API calls will still go through without any issue.

In this case, we can use Angular Http Client for making REST API Calls. We’ll explore more on this in next section.

Since not every server is relaxed in origin restrictions, we need some other solution to avoid CORS issues.

Case 2— You don’t have control over the server

This is the case most of the times. You need to make sure your requests are going through some kind of proxy (outside the webview), even if the request is actually made from the native app or localhost.

This old blog sheds some light on possible options to avoid CORS issues in Ionic. But there are some new methods we can implement for this issues

For making REST API calls, we have following options

5. Capacitor/Http plugin — Works in browser, Android and iOS. Fixes CORS issue. This plugin essentially does the same as Option#3, but with less number of dependencies.

Let’s explore all these options with code samples and see their limitations.

Once the server is up, we will access it from all three platforms — Web, Android and iOS.

You might be wondering how to access a locally run server (running on localhost:XXXX) from your device when you build the app.

Firebase functions essentially behave like view in Django, or API methods in node (Firebase is node!). Following code shows the 4 standard methods and 4 CORS wrapped methods. (If you are new to Firebase functions, check this blog for Firebase Cloud functions with Ionic)

Note that there’s not much being done in the methods, like fetching some data from DB, or writing a new entry. All those functionalities lay ahead of this point, and these bare methods will serve to prove the point of CORS / restriction which we are trying to understand, with different libraries.

The API method URL i.e. http://192.168.0.7:5000/ionic4fullapp/us-central1/getData in my case, will be output in terminal when you run firebase serve or emulate command.

We will make a demo Ionic Angular Capacitor app to test the above. Creating the app is very simple. Run

The app name is httpTester , type is sidemenu and it incorporates Angular and Capacitor.

I have made custom UI to display the behavior across all options. Here’s a sample Page for Fetch API

You can see the ❌ and ✅ marks for success and error in API calls. We’ll perform this routine on all

and finally overlap the results to see which library is best for our usage.

Note: The behavior of GET, POST, PUT, DELETE methods for a particular set of variables remain same in all cases. In other words, if one fails, all will fails, if one succeeds, all will.

Once you install the required libraries for a particular option (We will see how to install each library in individual sections), you can simply run the app with following options :

For web testing, you can simply run the app with

For Android and iOS, you will have to build the app , open the corresponding native IDE and build the app. Here are the steps

After every change in the app, you need to run ionic build and npx cap copy to reflect changes in Android /iOS build.

Let’s start with the libraries/plugins one by one

Let’s start with web default Fetch API. You don’t need to setup anything to use Fetch. It’s the default for JS.

Here’s the sample code for the unrestricted set of methods (the restricted set will be exact same, with only change in API method name). Here’s how the code looks

Ignore the variables and changeStatus method. These are only for displaying the ❌ and ✅ in the UI for better visualization of results.

For Fetch API, here’s the overall result for Web, Android and iOS

Angular HttpClient comes with Angular setup in form of the @angular/common/http package. It can be imported in any .ts file and used as http client. Just add this in the page’s module.ts file

Here’s how the code looks for HttpClient

For Angular HttpClient, here’s the overall result for Web, Android and iOS

Also post install, you’ll have to run npx cap sync for Android and iOS. Here’s how to code looks for this plugin

For Ionic Native Http, here’s the overall result for Web, Android and iOS

For this options, you’ll need another plugin which combines the power of httpClient and Ionic Native Http plugin. Install this plugin using

Again note that we can use this plugin in a Capacitor app, as Capacitor supports Cordova plugins.

Notice we haven’t added import { HTTP } from ‘@ionic-native/http/ngx’; in this page, but that is automatically attached to API calls when run on device.

This plugin will run only in a Capacitor app. Install the plugin using

No additional configuration required for Android and iOS. You can use it in the page as

For Capacitor Http, here’s the overall result for Web, Android and iOS

We saw several options to call APIs in an Ionic Capacitor Angular app. We saw how the plugin can behave differently in Web vs Android/iOS environment, and also if the server is allowing all origins or not.

Here’s a gist of which library to use when

In conclusion, Capacitor Http and Ionic Native Advanced Http plugins will provide the same level of functionality for Ionic apps. Only difference being the nature of build environment —

So in essence it’s a tie ! 🤜 🤛 I personally like Capacitor Http, as it is just one plugin to be installed instead of 4 packages in Ionic Native Advanced case.

Hope this post will clarify few of your Http call doubts.