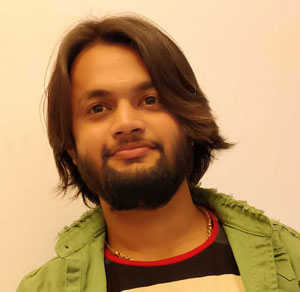 As planned, there were no surprises: the update of the framework and CLI can be done by using ng update and the new features are a welcome addition in line with the motto “evolution instead of revolution”.

In this article, I will cover the most important new features of Angular 8 and the corresponding Angular CLI 8.

Angular 8.0 now supports TypeScript 3.4, and even requires it, so you’ll need to upgrade.

There is a breaking change in the usage of ViewChild and ContentChild, which unfortunately didn’t always show a consistent behavior in the past. While they were used in earlier versions for a component to request an element not inside a structural directive like ngIf or ngFor, the query result was already available in ngOnInit. Otherwise, the program code could access it at the earliest in ngAfterViewInit (or ngAfterContentInit forContentChild). For elements that were only loaded into the DOM at a later time due to data binding, the program code had to insert ngAfterViewChecked or, respectively, ngAfterContentChecked.

As this behavior was confusing, the component must now specify when the resolution should take place:

If static has the value true, Angular tries to find the element when initializing the component. This only works if it is not in a structural directive. When using static: false, the resolution takes places after initiating or refreshing the view.

The command ng update automatically tries to enter the correct value here. If that is not possible, it adds a comment with a TODO in its place.

Queries with the related decorators ViewChildren and ContentChildren are not affected by this change. They have always exhibited a dynamic behavior in the sense of static: false.

Your Angular 8 apps will now be automagically more performant, thanks to differential loading.

Until now, it was common to compile applications to good old ECMAScript 5, since this “JavaScript of our fathers” runs almost anywhere today. This means that both IE 11 and the web crawler behind the Google search engine can execute the program code.

However, the new ECMAScript 2015 and its subsequent versions are more efficient: these versions allow more compact bundles and the browser can also interpret them more efficiently. Since it was previously common to retreat to ECMAScript 5 as the smallest common denominator, other modern browsers, unfortunately, couldn’t use these advantages.

This ends now: starting with version 8, the CLI includes a feature that is named differential loading. The idea behind it is to provide two groups of bundles: one is based on ECMAScript 5 and addresses older browsers, the other is based on a younger ECMAScript version, e.g. ECMAScript 2015, and offers modern browsers the mentioned advantages.

There isn’t much you need to do in order to activate differential loading: all that is necessary is to set an upper and a lower bar for the ECMAScript versions to be supported. The upper bar is entered in the tsconfig.json as follows:

The lower bar, on the other hand, is defined by a browserslist. It is a file that identifies many browsers to be supported, according to certain criteria like market shares. They can be stored e.g. in the file browserslist, which the CLI meanwhile creates in projectroot when generating a new project:

In the illustrated case, the browserslist points to ECMAScript 5 browsers with the entry IE 9–11. Thereby, the CLI determines the lower bar as this version. If the CLI receives the instruction to create a build (ng build), compiling and bundling processes will take place for both versions:

The disadvantage of this process becomes obvious here: the time required for the build process is doubled.

The different browsers can now decide which version of the bundles to load. For this, they receive the scriptreferences in the index.html additions: those pointing to ECMAScript 5 bundles receive the addition nomodule. This prevents browsers with support for ECMAScript modules, and thereby ECMAScript 2015 and newer, from ignoring the reference. The ECMAScript 2015+ bundles, on the other hand, are implemented by the CLI via type=”module”. Thus, older browsers will ignore these script tags:

In contrast to ng build, all other CLI commands use only (!) the upper bar. In the illustrated case, that is ECMAScript 2015. This happens, among others, for efficiency reasons: especially during debugging and testing, developers want to see a result as soon as possible without being required to wait for a second build.

Ivy is obviously a huge part of this release, and it took most of the effort from the team these last month. There is so much to say about Ivy that I wrote a dedicated article about it.

TL;DR: Ivy is the new compiler/runtime of Angular. It will enable very cool features in the future, but it is currently focused on not breaking existing applications.

Angular 8.0 is the first release to officially offer a switch to opt-in into Ivy. There are no real gains to do so right now, but you can give it a try to see if nothing breaks in your application. Because, at some point, probably in v9, Ivy will be the default. So the Angular team hopes the community will anticipate the switch and provide feedback, and that we’ll catch all the remaining issues before v9.

We tried it on several of our apps and already caught a few regressions, so we would strongly advise to not use it blindly in production 😄.

If you feel adventurous, you can add "enableIvy": true in your angularCompilerOptions, and restart your application: it now uses Ivy! Check our article and the official guide for more info.

One of the new features of Angular 8 is the possibility to (more easily) build your CLI application with Bazel.

Bazel is a build tool developed and massively used by Google, as it can build pretty much any language. The Angular framework itself is built with Bazel.

The key advantages of Bazel are:

For example, if you want to register the Service Worker after 2 seconds:

It is now also possible to bypass the Service Worker for a specific request by adding the ngsw-bypass header.

Previously, it was not possible to have multiple applications using@angular/service-worker on different sub-paths of the same domain, because each Service Worker would overwrite the caches of the others… This is now fixed!

The AbstractControl class now offers a new method markAllAsTouchedin addition to the existing markAsDirty, markAsTouched, markAsPending, etc. AbstractControl is the parent class of FormGroup, FormControl, FormArray, so the method is available on all reactive form entities.

Like markAsTouched, this new method marks a control as touched but also all its descendants.

The FormArray class now also offers a clear method, to quickly remove all the controls it contains. You previously had to loop over the controls to remove them one by one.

Lazy-loaded routes now use the standard dynamic import syntax instead of a custom string. This means that TypeScript and linters will be better able to complain when modules are missing or misspelled.

The change in syntax will be taken care of for you if you’re using the ng upgradecommand to upgrade your app.

Up until now, one problem in the hybrid operation of AngularJS 1.x and Angular with ngUpgrade has been that the routers of both frameworks have at times been dueling over the URL. This led to side effects that were difficult to comprehend. In order to avoid this, the possibility of using the identical Location service for accessing the URL in both framework versions has been added.

To achieve this, the Angular team has extended the possibilities of Angular’s Location services and thereby provided a substitute for $location in AngularJS.

For this reason, the new method onUrlChange for monitoring URL changes, among other modifications, has been added in the Location service:

The PlatformLocation service offers additional access to the individual parts of the URL. A detailed description on how the $location substitute, which is based on it, is used for a better interlacing of both frameworks, can be found here. Additionally, there you can now find an idea for lazy loading of AngularJS, which is based on the aforementioned dynamic ECMAScript imports.

The CLI is continuing to improve, and now the ng build, ng test and ng runare equipped to be extended by 3rd-party libraries and tool. For example, AngularFire already makes use of these new capabilities with a deploy command

Angular aims to balance innovation and stability in their framework and to do that they have removed or replaced some features & API’S so that Angular can stay updated with latest practices, changing dependencies, or changes in the platform itself.

To make these transitions easy they deprecate APIs and features for a period of time before removing them which provide developers time to update your apps to the latest APIs and best practices.

Angular 8 new features are nice, but the main reason for many of us to upgrade to new versions of Angular 8 is to get a performance boost. If you worked with previous angular versions then upgrading an app from Angular 7 over to Angular 8 is simple.

For most developers, one command should take care of this update :

Angular have officially added support for firebase and now we can deploy our application using the Angular CLI.

The new version allows us to use Builders API. It uses builders for main operations like: serve, build, test, lint and e2e. Basically, the builder Builders are functions that implement the logic and behavior for a task that can replace a command which you pass to the createBuilder() method from @angular-devkit/architect package & now we can create our custom builders as well.

The Angular Team wants to provide support for all developers using AngularJS to upgrade them with latest Angular so some enhancements have been made to provide better integration with the AngularJS $location service in hybrid (AngularJS <=> Angular) apps. A new package angular/common/upgrade is added help you

Summing up all the above features, The Angular team has certainly did a great with the framework making developers job much easier & simpler. Angular version 8 looks like a much more accessible solution focused on the modern technological trends added features like Ivy, route configurations use dynamic Imports, new builder API in the CLI, web worker support, Unified Angular Location Service & with every new release, the framework is getting smoother and smoother making the Angular platform better.