How to install Flutter and create a simple Flutter app #CodeWithFlutter

In this post, we’ll have an overview of Flutter, the latest buzz in app development market. Flutter is gaining popularity faster than any other framework. Some say it is Google’s answer to Facebook’s React Native, but that debate is for later. Let’s learn the basics of Flutter and how to start using it.

Flutter is Google’s portable UI toolkit for crafting high-quality native experiences for mobile, web and desktop in record time. Flutter works with existing code, is used by developers and organizations around the world, and is free and open source.

What does Flutter do?

For developers, Flutter lowers the bar to entry for building mobile apps. It speeds up the development of mobile apps and reduces the cost and complexity of app production across iOS and Android.

For designers, Flutter helps deliver the original design vision, without loss of fidelity or compromises. It also acts as a productive prototyping tool.

What technology is Flutter built with?

Flutter is built with C, C++, Dart, and Skia (a 2D rendering engine). See this architecture diagram for a better picture of the main components.

How to Install Flutter on Windows?

Get the Flutter SDK

If you wish to run Flutter commands in the regular Windows console, take these steps to add Flutter to the PATHenvironment variable:

Note that you will have to close and reopen any existing console windows for these changes to take effect.

From a console window which has the Flutter directory in the path (see above), run the following command to see if there are any platform dependencies you need to complete the setup:

This command checks your environment and displays a report of the status of your Flutter installation. Check the output carefully for other software you may need to install or further tasks to perform (shown in bold text).

Flutter relies on a full installation of Android Studio to supply its Android platform dependencies. However, you can write your Flutter apps in a number of editors.

Set up your Android device

Install the Flutter and Dart plugins

How to Install Flutter on MacOS?

Get the Flutter SDK

Add your flutter path to the $PATH variable in bash_profile.

E.g. If you extracted flutter in your Applications folder, your path will be /Applications/flutter/bin . Add this to the existing $PATH variable by using : in between two paths. Once added, save and close the bash_profile . Run terminal again and check the $PATH by running

You should see your Flutter path added to the $PATH

Run the following command to see if there are any dependencies you need to install to complete the setup (for verbose output, add the -v flag):

This command checks your environment and displays a report to the terminal window. The Dart SDK is bundled with Flutter; it is not necessary to install Dart separately. Check the output carefully for other software you may need to install or further tasks to perform (shown in bold text).

For example: If you haven’t used Flutter before, you might see an output like this by running flutter doctor

You can see there are several things to be done to begin using Flutter in this Mac. To correct these issues, let’s run following commands

brew does not maintain it any longer, as flutter doctor suggests

Now all issues should be gone

To develop Flutter apps for iOS, you need a Mac with Xcode 9.0 or newer:

With Xcode, you’ll be able to run Flutter apps on an iOS device or on the simulator.

Set up the iOS simulator

To prepare to run and test your Flutter app on the iOS simulator, follow these steps:

To create your first Flutter app and test your setup, follow these steps:

CD into this directory:

To deploy your Flutter app to a physical iOS device, you’ll need some additional tools and an Apple account. You’ll also need to set up physical device deployment in Xcode.

Flutter relies on a full installation of Android Studio to supply its Android platform dependencies. However, you can write your Flutter apps in a number of editors; a later step will discuss that.

Set up your Android device

Set up the Android emulator

To prepare to run and test your Flutter app on the Android emulator, follow these steps: 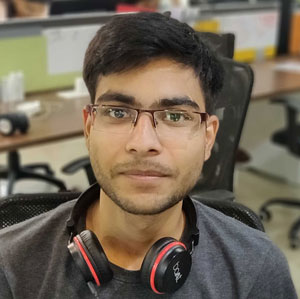