In this tutorial, we will learn how to integrate Firebase Phone Authentication with Ionic Angular Application. This method can make use of ReCaptcha, but there is option to make the captcha invisible (Users don’t need to verify the captcha).We will use the angular/fire library to use the firebase features in the example App.

Phone Authentication is one of the most used methods to verify the user in just a few seconds. This method is more important as we are not very good at maintaining passwords for various sites — the only good friend we have is our smartphone. By exchanging a Code between the provider and the user — UX is improved a lot — even better than the social logins which not everybody is comfortable using.

Firebase provides an easy way to integrate this service with our application and websites. In this example, we will use it on an Ionic Angular Application but concepts work with most of the Web applications.

Before going further we can have a look at Ionic and Firebase in a little more detail, which can help you to implement several more features very easily. You can skip the next sections if you already know about Firebase and Ionic features.

The Ionic framework has been around for 5+ years and has been very popular among developers for its ease of usage over Swift / Java. Also in Ionic, you get to keep a single source code for both Android and iOS apps. What more can a developer ask for!

Ionic 5 is the latest version (at the time of writing this post) of Ionic and is much more reliable and robust than previous versions.

There are several ways of Authentication in Ionic 5 apps

Firebase is a Backend-as-a-Service (BaaS) platform. It started as a YC11 startup and grew up into a next-generation app-development platform on Google Cloud Platform. It is getting popular by the day because of the ease of integration and the variety of functionalities available on it.

A lot of quick integrations are available with Firebase. Some of these are listed below:

Firebase is quickly growing to become the most popular mobile app back-end platform.

Step 1: Create a Firebase Project and Enable the Phone Authentication

First, we have to create the Firebase Project. For that, you have to go to Firebase console and create a new Project

After that, you will be asked for the Project name and some other details about the project and you are good to go.

Now we have to use the Firebase config to integrate it with the Ionic Application. For that go to Project Overview > Project Settings and scroll down you will get the firebase Config.

You can copy this Firebase config for now. Later on will use them in the Ionic app to initialize the Firebase project.

Note: With latest update in Dec 2020, Firebase config does not include databaseURL for new projects. This can be an issue as several of the Firebase dependent libraries have not updated themselves to accept this change. In case you don’t see databaseURL in Firebase config, create the information yourself by writing databaseURL: <YOUR-PROJECT-ID>.firebaseio.com

To create an Ionic Angular Project you just have to run one command and that's it ! Rest of the things are handled by the Ionic-CLI. Run the below command in you terminal.

The --type=angular told the CLI to create an Angular app, not a React app. And --cordova tells the CLI to integrate Cordova support by default. You can also use --capacitor instead of Cordova.

This will create an empty ionic project in the working directory of your pc and now you are done with all of the basic requirements to create an Ionic phone auth application. For more details on creating a new Ionic app from scratch, check out our blogs on Ionic Appshere.

First, we have to initialize the Firebase Project in our Ionic application by using the firebase config that we have copied earlier. Before that install some of the packages for firebase.

Note : The above command adds the AngularFireModule (6.1.4) and firebase (8.6.1) in our Ionic Project. This is the latest Firebase version as of May 2021. Older versions can have slightly different syntax.

Now paste the Firebase config in environment.ts which is copied from Firebase console as per Step 1. Replace the *** with your own values.

Using initializeApp method of AngularFireModule package, we have initialized the Firebase project. This uses the config defined in environments.ts page.

And we have also initialized the AngularAuthModule, which provides methods like createUserWithEmailAndPassword, signInWithPhoneNumber, and many more.

Preparing the UI is not an exact requirement. You can create the UI anyway you want. Here’s just how I did it.

Also, for our dropdown we shall add a JSON containing country names, phone codes, and country codes, so our dropdown can work nicely. Here’s a sample of the JSON. If your country is missing in this, just add the required information. You can find a complete JSON here. Add this information also in environment.ts

In this step, developers have two options to make the Phone authentication flow work :-

We will start with writing the logic for auto-validating Captcha/ReCaptcha and verifying the phone number. Flow will be

We pass the input phone number and appVerifier (i.e. ReCaptcha) to the signInWithPhoneNumber function that is defined in authService file. You can generate the service file using ionic g service auth-servicecommand.

this.fireAuth.auth.signInWithPhoneNumber will give the verification Id in response (confirmationResult), shown in below figure :-

As shown in above gists, the OtpVerification method of home.page.ts handles the OTP and sends it to auth service’s enterVerificationCode method, which then verifies the OTP.

The only change in this approach is we make the ReCaptcha visible. This give more smoother UX for phone apps users.

You must have noticed in previous section when you create the ReCaptcha using firebase.auth.RecaptchaVerifier, this class method takes 2 arguments

Now to make the ReCaptcha visible, we simply pass visible to the size option in the Firebase auth verifier method

In this approach, first the user will validate the Captcha/ReCaptcha manually, and only then OTP is sent to the user’s phone and confirmationResult response is sent to the app by Firebase server. Now user can verify OTP is similar way as before.

Step 7— Testing on Device and Web

Note : We can authenticate various users using the phone auth of Firebase, but after a limit Firebase starts charging according to the number of users.

Testing on web is very simple, as you can test the phone auth simply on ionic serve itself. Here’s how the process looks (OTP comes on the phone so not visible in the clip)

To test on Android, build the application by running the following commands (for Cordova) 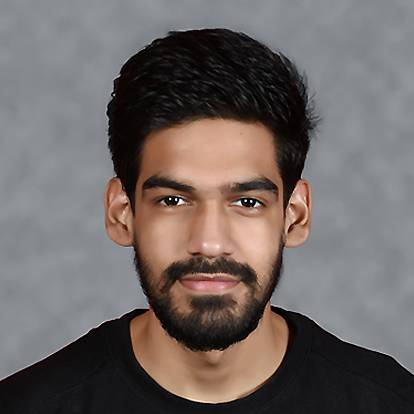