< All Blogs
Blog sections
➤ What is Ionic? ➤ Capacitor : How is it different from Cordova? ➤ What is Ionic React? ➤ Why is Ionic React needed ➤ Benefits ➤ Template Features ➤ Documentation ➤ Two way to use this Template ➤ VIDEOS FOR IONIC 5 REACT FULL APP ➤ Why use a template at all? ➤ Demo APK ➤ Conclusion 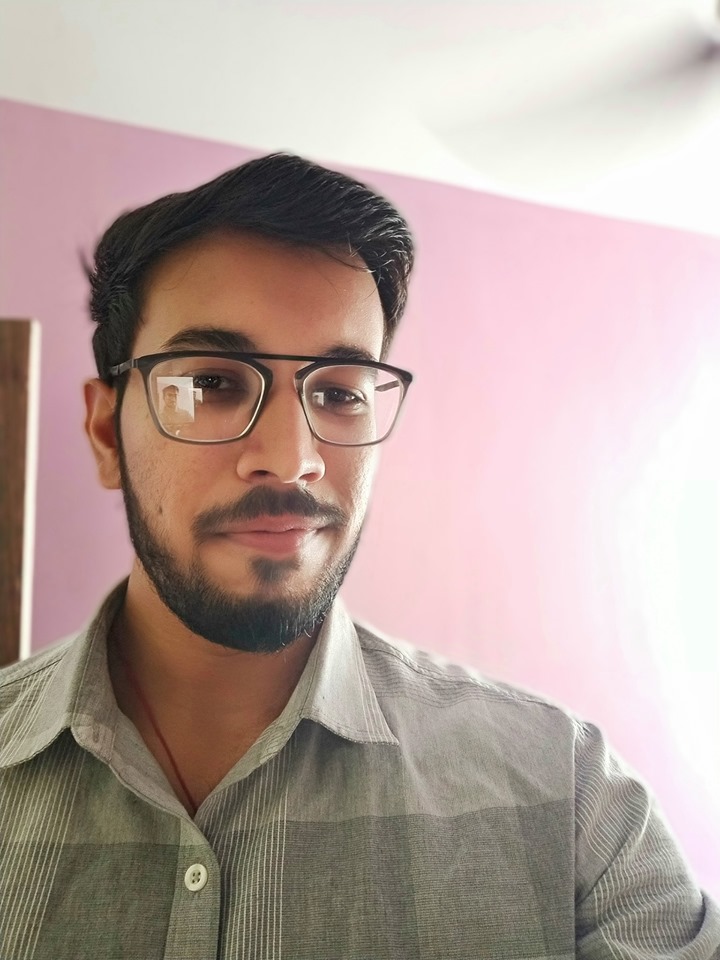 “Ionic 5 React Capacitor Full App” is a multipurpose high-quality starter app template, which gives you everything like components, plugins & examples, to build pixel perfect iOS and Android apps. It represents the culmination of several months of research and hard work packing several different frameworks into a powerful UI Design System and starter for every developer.

You probably already know about Ionic, but I’m putting it here just for the sake of beginners. Ionic is a hybrid mobile app development SDK. It provides tools and services for developing hybrid mobile apps using Web technologies like CSS, HTML5, and Sass. In other words — If you create Native apps in Android, you code in Java. If you create Native apps in iOS, you code in Obj-C or Swift. Both of these are powerful but complex languages. With Cordova (and Ionic) you can write a single piece of code for your app that can run on both iOS and Android (and windows!), that too with the simplicity of HTML, CSS, and JS.

It is important to note the contribution of the Cordova/Capacitor in this. Ionic is only a UI wrapper made up of HTML, CSS and JS. So, by default, Ionic cannot run as an app in an iOS or Android device. Cordova/Capacitor is the build environment that containerizes (sort of) this Ionic web app and converts it into a device installable app, along with providing this app access to native APIs like Camera etc.

Capacitor — How is it different from Cordova?

This section is relevant to only those who have been working with Ionic / Cordova for some time. Cordova has been the only choice available for Ionic app developers for quite some time. Cordova helps build Ionic web app into a device installable app.

In essence, Capacitor is like a fresh, more flexible version of Cordova.

What is Ionic React?

Ionic React is native React version of Ionic Framework, the free, open-source SDK powering millions of mission-critical apps all over the world. It’s everything you need to ship award-winning apps for any platform, with React. Ionic React projects are just like React projects, leveraging react-dom and with setup normally found in a Create React App (CRA) app. Deploy your Ionic React projects to native iOS, Android, Electron, and the web as a Progressive Web App, using Capacitor, a modern native runtime. All with one shared codebase. At the end of the day, it’s just React. Ionic React uses open web standards and built-in browser capabilities, so it’s compatible with any of the millions of web libraries out there.

Why is Ionic React needed

Historically, Ionic has been associated with Angular, but this changed with Ionic 4. Developers can now use the Ionic app development framework alongside any frontend framework. React developers already have React Native to make native apps for iOS and Android, but with Ionic React they will also be able to create hybrid mobile, desktop, and progressive web apps.

Take your app development to the next leveI using this starter app template. Check all the features, designs and beautiful components that you can use in your iOS and Android apps. You will be able to use this Ionic React Capacitor starter as an iOS app, an Android app, a web app or as a PWA!

This Ionic 5 Template includes lots of Ionic 5 components coded the React way and features that you will love. Across this documentation, we will explain to you how to use each of them.

The template includes lots of pages, features and components but you are free to use just what you need and delete the code you don’t. The code structure is super modularized so you will find easy to modify the code to fit your needs.

Ionic 5 React Full App comes with complete documentation for installation, feature integration, and details of each feature. You can check the documentation here:

What is Ionic React Capacitor Full App?
Ever since the release of Ionic 4, it is popular for being platform agnostic. Ionic 5 is now compatible with VanillaJS…enappd.gitbook.io

Plus there is always support available at enappd.com. You can generate a ticket for your query and we will revert within 24 hrs. You can also drop an email at support@enappd.com for help anytime.

Two way to use this Template

Once you purchase the starter, you have all the code to your disposal. You can modify the app any way you want, but here are two major ways it can be done.

1. Use the Full App as a base to create your app

This means that the template is itself an Ionic React Capacitor app, so you don’t need to create another app. You can use the template app as a base for your app and just delete the pages you don’t want, and add what is missing.

If you plan to use many of the pages and features offered by the template, then we suggest you to go with this option.

For example, if you are looking to create a Netflix like homepage, use the Netflix page layout, the login page, attach it to Firebase using firebase features, chat page etc for the major structure. Delete other pages which are not required

If you only want to use some specific pages or components and you already have an existing Ionic 4 app. e.g. You want to import the Netflix Layout page into your other app. You will find detailed steps to carry out this operation in the product documentation.

To get a more realistic hands-on experience of Ionic 5 React Full App, you can download the demo APK which is available on the product page. For the quick reference, the link is given over here.

Get Ionic React Capacitor Full App and enjoy lots of carefully designed pages with the most popular and required functionalities!

Ionic 5 React Full App in Capacitor - Enappd
Ionic 4 React Full App provides you a variety of layouts and options to integrate in your apps. Get the complete…store.enappd.com
Title
Subtitle
Kicker